Noida,The Art Life Gallery has unrolled an exclusive group art show “Naari tu Narayani” to celebrate women’s day week. There are eight women artists, namely, Anjali Mittal, Anjana Birla, Arun Prabha, Anita Goyal , Neelam Sachan, Sarojani Dutta, Shankari Kundu and Shikha Ojha, ,who are participating in the show to honour women artists. This show in Noida will be on for seven days from March 10 to March 16, 2021. The gallery timings are from 10am-6pm for viewing the show of 24 paintings. All art works are acrylic paint on canvas.

The show focuses on the role of women in society. “Every woman has many roles to play. She is a mother, daughter, sister, wife, friend but is always a woman first,” says Priti Bajaj, the co-founder and director of the gallery, who has also curated the show. “Women artists have always been in the forefront of change for a better tomorrow. By holding this all women’s show, we as women are paying tribute to the entire womanhood,” adds Bajaj.

Arun Prabha, whose work has been featured in several exhibitions and is well appreciated has created some scintillating works of women engrossed in earning a livelihood. A fisherwoman, a female shepherd, all indicate the ways in which a woman is an equal partner of man in all walk of life. “As a woman, I feel that anything that we do is like a prayer for our family and the world,” says Arun Prabha.

Shankari Kundu, who is a senior artist has been painting since childhood and has participated in several art shows. “Women are like trees and that’s what I have shown in my paintings. They need care and love else they are likely to shrivel,” says Kundu.

Anjali Mittal, another well-known woman artist, repeats the same view. She has painted flowers and equates women with flowers and plants. “If we do not get the right atmosphere, we are likely to fade away,” adds Mittal.

“I have been painting and training students in art for some time now and I think in the process of learning art, students also learn to respect women, be it their mother or sister,” says artist Neelam Sachan, who also teaches art.

Sarojini Datta is a self-taught artist who has been practising art for the past some years. She has painted women talking to each other, waiting at the door. “The mother is the epitome of love and womanhood. The child with the mother is the ultimate expression of love in the life of a woman,” says Sarojini.

Shikha Ojha, a gold -medallist from Lucknow University in Fine Arts has her ideas very clear about the women she has painted. “These are tribal women who are unaware of gender bias. They have tasted equality in life and tribe. “

For Anjana Birla, portraits of women of substance and the women achievers is something she thrives on while Anita Goyal is sees nature in the figures of women that she has painted on canvas. 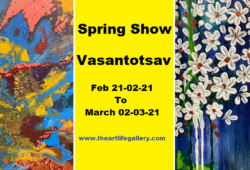 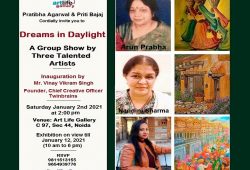 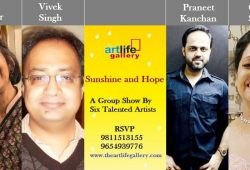 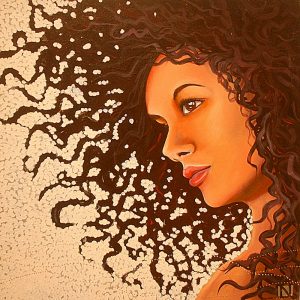